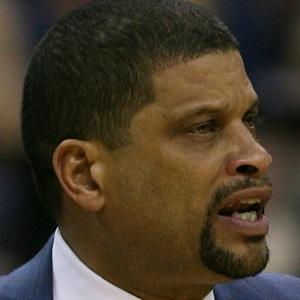 Former basketball player for the Portland Trailblazers and Lakers; became a coach for the Philadelphia 76ers and Sacramento Kings.

He was drafted by the Cleveland Cavaliers after playing basketball at Rutgers University.

He has two children with Charrisse Jordan, whom he married in 1998.

He was hired as an assistant coach for the Lakers, where Mike Brown was head coach before being fired a few games into the season.

Eddie Jordan Is A Member Of