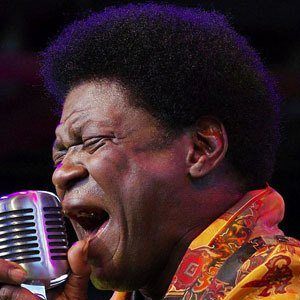 American singer who is known for his reverent take on the soul music of the 60's and 70's, as heard on releases like Victim of Love (2013) and Changes (2016). His sound and style are very often compared to that of soul icon James Brown, who is his personal idol.

He lived in Gainesville, Florida until the age of eight, when he moved to Brooklyn, New York.

He was the singing voice of Krampus on the 2013 American Dad! episode "Minstrel Krampus."

He spent the early part of his childhood being raised by his grandmother. His mother, who initially abandoned him, re-entered his life when he moved to New York.

His song "I Believe in Your Love" was sampled by Jay Z in the song "Open Letter."

Charles Bradley Is A Member Of