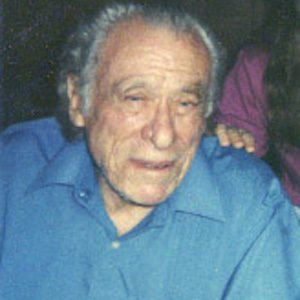 German-born, Los Angeles-based poet and author who is remembered for his works of dirty realism and transgressive fiction. A writer of novels, poems, short stories, and screenplays, he is known for works such as Factotum, The Last Night of the Earth Poems, Notes of a Dirty Old Man, and Barfly.

Suspected of draft dodging, he was arrested by FBI agents in Philadelphia, and he spent nearly a month in prison during the World War II years.

His poetry deals with the subjects of love, alcoholism, Los Angeles, and poverty.

His memoir Ham on Rye describes his childhood with an abusive father. Bukowski married health food restaurant owner Linda Lee Beighle nine years before his death from leukemia. He had a daughter named Marina.

Charles Bukowski Is A Member Of