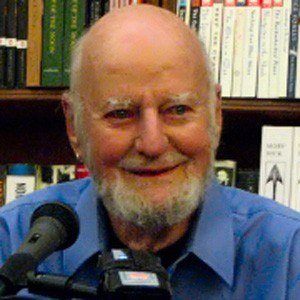 Beat poet and author known for A Coney Island of the Mind, Starting from San Francisco, and other works. His numerous literary honors include the Janus Pannonius International Poetry Prize and the National Book Foundation's Literarian Award.

He was raised as Lawrence Ferling; Ferlinghetti learned his true surname only when he had to track down his birth certificate for the purpose of U.S. Navy enlistment.

He was the co-founder of City Lights, a renowned San Francisco bookstore.

He married Selden Kirby-Smith in 1951 and subsequently had two children.

He and author David Sedaris were both born in New York.

Lawrence Ferlinghetti Is A Member Of