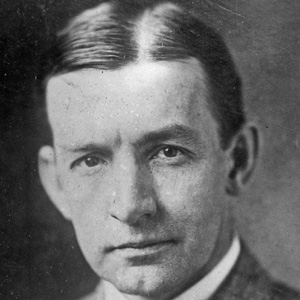 Vice President under Calvin Coolidge who won the Nobel Peace Prize in 1925 for his work organizing reparations in the aftermath of World War I. He was also the US Ambassador to the United Kingdom from 1929 to 1931.

After studying law, he decided to go into finance instead, controlling various business around Lincoln, Nebraska.

On the League of Nations committee to determine German reparations, he authored a report outlining ways to reform its economy and schedule the payments, which is now known as the Dawes Plan.

He was a fourth generation descendant of William Dawes, who rode with Paul Revere to warn of the British march.

Six years before his award, President Woodrow Wilson won the Nobel Peace Prize for founding the League of Nations.

Charles G. Dawes Is A Member Of