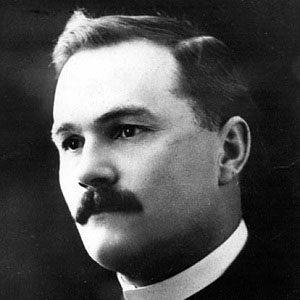 After serving in the Legislative Assembly of Saskatchewan and holding office as Third Premier of Saskatchewan, this Liberal Party politician was elected to the Canadian Parliament. He later became Canada's Minister of Finance.

Before moving to Canada in his late teens and subsequently serving as Vice President of the Territorial Grain Growers' Association, Dunning worked in the iron industry in his native England.

After ending his political career, he helped establish the Canada Mortgage and Housing Corporation and was also a key member of the board of the Canadian Pacific Railway. He also served as Chancellor of Queen's University.

A native of Croft, Leicestershire, England, and a longtime resident of East Central Saskatchewan, Canada, he spent his later years in Montreal, Quebec.

Two decades apart, he and fellow politician Thomas Douglas held the office of Premier of Saskatchewan.

Charles Avery Dunning Is A Member Of