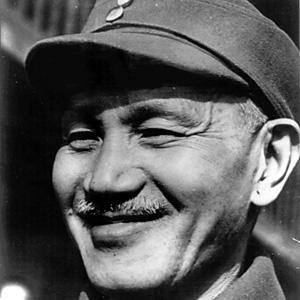 Head of the Nationalist government in China and Taiwan, known as the Kuomintang, who was defeated in 1949 by Mao Tse Tung's communist army. He is notable for leading China in the Second Sino-Japanese War from 1928 to 1948.

He pursued a military career at a young age, attending the Baoding Military Academy and the Tokyo Shinbu Gakko.

After his defeat at the hands of the CPC his government and army retreated to Taiwan, where he imposed martial law and persecuted people critical of his rule in a period known as the "White Terror."

The time of his fifth campaign was during the rise of Mao Tse Tung.

Chiang Kai Shek Is A Member Of