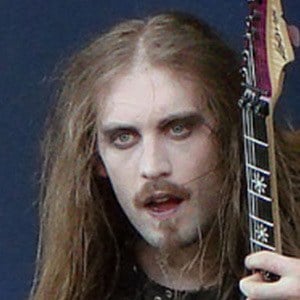 British Guitarist who is best known for his work in the heavy metal band, Mayhem. He was formerly a guitarist in Cradle of Death and Imperial Vengeance.

He first posted to his Instagram page in February 2014.

He has spent time teaching guitar lessons to others. He has also worked as a trailer and film score composer.

He is a British Guitarist in the same realm as Tony Perry.

Charles Hedger Is A Member Of