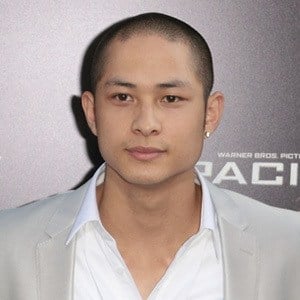 Canadian actor who is best recognized for his roles in feature films. He is known for having played the character Wei Tang in the 2013 film Pacific Rim and for also having played Liu in Viy 2: Journey to China.

His career in entertainment first started in 2004 when he appeared in various print advertisements, commercials, and music videos. He gained attention in 2013 when he made his feature film debut in the Pacific Rim.

He was born and raised in Toronto, Ontario, Canada and is a triplet.

He attended the Wexford Collegiate Institute: School for the Arts in Scarborough, Ontario which Nina Dobrev also attended.

Charles Luu Is A Member Of