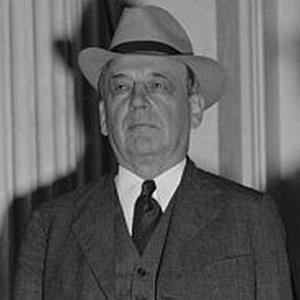 One of the foremost political scientists of his age, whose seminal record of American political movements was one of the first based on hard data. He was also an important advisor to several Presidents including FDR, who helped during the Great Depression.

He studied law at Columbia University and then at Paris and Berlin, but became disillusioned with the law profession and switched to political science.

Despite no formal mathematical training, he believed in using quantitative analysis to back up research and theories - which became called the Chicago School of research.

He was born in Hopkinton, Iowa, the descendant of 17th century Scottish immigrants.

Abraham Maslow, born about 30 years after him, was also a well-known psychologist, forming his famous hierarchy of needs.

Charles E. Merriam Is A Member Of