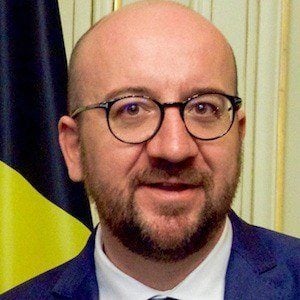 Belgian politician who became the country's youngest prime minister in more than 150 years when he took over the position in 2014. He'd previously served as the leader of the Reformist Movement party.

He attended the Université Libre de Bruxelles and University of Amsterdam before becoming a lawyer in Belgium.

He was first elected to the Chamber of Representatives in 1999 and was made Minister of Development Cooperation in 2007.

His father, Louis Michel, has served in the European Parliament. He married Amélie Derbaudrenghien and has two children.

Charles Michel Is A Member Of