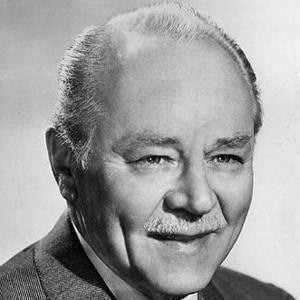 Longtime Hollywood actor who played the hunter, Major Applegate, in the screwball comedy, Bringing up Baby. In 1935, he appeared with Bing Crosby in Anything Goes.

His Hollywood debut came in the 1914 film, The Patchwork Girl of Oz.

He was often cast as the befuddled, put-upon character. His signature phrase, 'Oh, my, my, my, my,' entertained generations of moviegoers.

He was born Los Angeles, California. His brother Wesley Ruggles became a director.

He was one of the narrator voices behind the Rocky and Bullwinkle TV cartoon - he provided the voice of the Aesop's Fables segment, while William Conrad narrated.

Charles Ruggles Is A Member Of