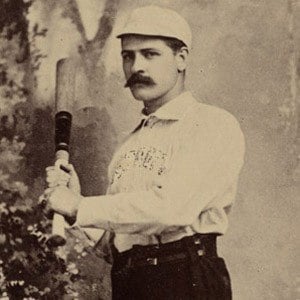 American baseball catcher who led all National League catchers in fielding percentage 7 times from 1881 to 1891.

He made his professional debut in 1878 for the Milwaukee Grays.

He lost his legs in a train accident after retiring from baseball.

He was born and raised in New Castle, Pennsylvania.

He played the same position as Yankees great Yogi Berra.

Charlie Bennett Is A Member Of