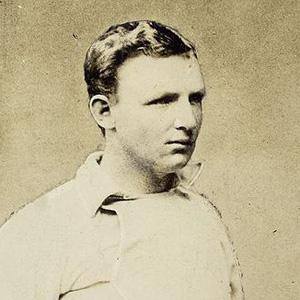 Hall of Fame first baseman who was one of baseball's earliest superstars; retired with a career batting average of .334 and 3,481 hits.

His troublemaking resulted in the University of Iowa asking him to leave after one semester.

He played baseball for the National Association, which existed before the major leagues.

He married Virginia Fiegal in 1876.

He was the first player to officially record 3,000 hits. Honus Wagner was the second.

Cap Anson Is A Member Of