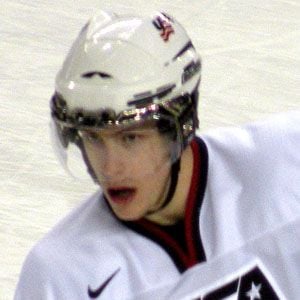 NHL center who made his debut with the Minnesota Wild in 2012. He played there for six years before being traded to the Boston Bruins in 2019.

He was drafted 28th overall by the San Jose Sharks in 2010, after two impressive seasons with Boston University.

He helped the U.S. national team secure a bronze medal at the 2011 World Junior Championships.

He is the cousin of ex-NHL players Tony Amonte and Bobby Sheehan.

He became teammates with Matt Cullen on the Minnesota Wild in 2012.

Charlie Coyle Is A Member Of