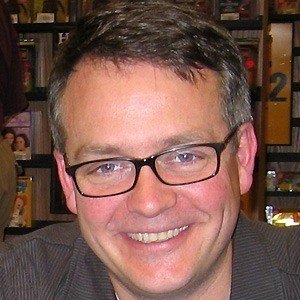 Author of the Young Bond children's series who also wrote and produced for BBC Three. He is also known for The Enemy, a young adult zombie/horror fiction series.

He formed the band, The Higsons, with his college friends, and the group released several singles before disbanding. He attended the University of East Anglia.

He wrote, produced, and occasionally starred in Randall & Hopkirk (Deceased), and was a panelist on the game show QI.

He had three sons with his wife, Victoria Fullick. He and his family settled in London.

Before he began writing, he briefly worked as an interior decorator for clients such as Hugh Laurie and Stephen Fry.

Charlie Higson Is A Member Of