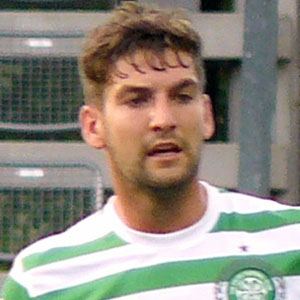 Defender and midfielder who scored 9 goals in 72 appearances for Aberdeen between 2008 and 2010. He was with the Celtic from 2010 until 2016 when he joined the Blackburn Rovers. He became a member of the Scottish national team in 2012.

He began his professional career with Celtic F.C. in 2002.

He spent two seasons with the Wolverhampton Wanderers from 2006 to 2008, appearing in just 6 matches.

He has two sons named Josh and Jacob and a daughter named Alayha with Alana Mulgrew, whom he married in 2013.

He and Leigh Griffiths both joined Scotland's national team in 2012.

Charlie Mulgrew Is A Member Of