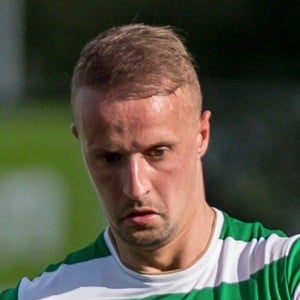 Scottish striker who played for the Wolverhampton Wanderers from 2011 to 2014 before joining Celtic FC.

He made his professional debut at the age of 16 for Livingston FC in 2006.

He was promoted to Scotland's senior national team in 2012.

He was born in Edinburgh, Scotland. He has children named Layla, Kacie and Rhys.

He joined Allan McGregor on Scotland's national team in 2012.

Leigh Griffiths Is A Member Of