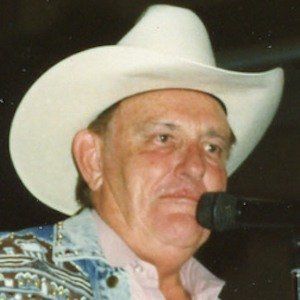 American country singer who became a member of the Grand Ole Opry in 1967 and released fourteen albums. His song "Only You, Only You" peaked at #9.

He was a disc jockey in the early 1950s and then signed with Decca Records.

He was inducted into the Country Radio DJ Hall of Fame in 1981.

He was married to his wife Connie until his death. The couple had ten children: Ronnie, Cindy, Arthur, Charlie III, Elissa, Charlene, Catherine, Christina, Caroline, and Charlton.

He recorded a cover of the Harlan Howard song, "Pick Me Up On Your Way Down" and it reached #2 on the country music charts.

Charlie Walker Is A Member Of