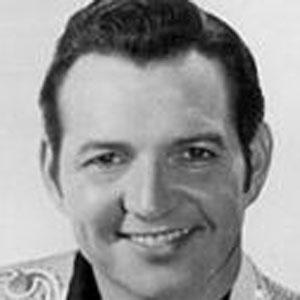 Country musician who had a career span of seven decades and who played a honky tonk style of music and used steel guitars and fiddles.

He won many harmonica-playing contests when he was younger and served in the U.S. Navy during World War II, where he was a radioman before pursuing music full-time.

His wife's name is Ann Williams.

The novel Crazy Heart by Thomas Cobb was inspired by him and it was made into a 2009 film starring Academy Award winner, Jeff Bridges.

Hank Thompson Is A Member Of