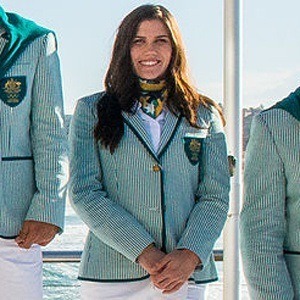 Australian rugby back who is widely known for leading the Australian national women's rugby sevens club to a gold medal at the 2016 Rio Summer Olympics. She participated in the inaugural Olympic rugby sevens tournament, and helped Australia become the first ever gold winning country.

She graduated from Brisbane State High School in 2013. She made her debut for Australia's national rugby club in May of that same year.

She was born in Brisbane, Queensland, Australia. In December 2016, she was linked to then-Australia men's rugby sevens team captain Lewis Holland.

She played alongside Kayla McAlister as members of the Australia women's national rugby sevens club at the 2016 Rio Summer Olympics.

Charlotte Caslick Is A Member Of