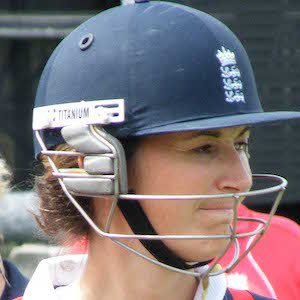 Best known as the right-arm leg spinning, right-batting captain of the English woman's national cricket team. She has gained wide renown for her storied career with the Kent Women's cricket team, with whom she won her 6th Women's County championship title in 2014.

She made her professional debut in 1994 as a member of the East Anglia Women team. She made her English national team debut in 1995, and became the then-youngest player to play for the country.

She was born and raised in Huntingdon, England.

Charlotte Edwards Is A Member Of