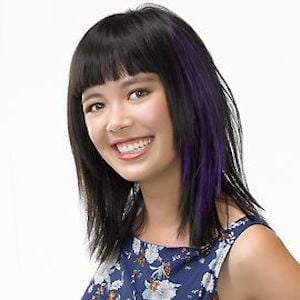 Australian actress and singer best known for her roles as Grace in the TV series Camp and Clara Bell in The Time of Our Lives.

She began her acting career by appearing in a 2004 episode of the TV series, Fergus McPhail.

She was in the short film Lovebox, as Yumi, in 2011, and played Jackie Lee in Cyber Girls.

She was born in Australia to a family from the Philippines. She had a childhood dog named Bon-Bon.

She became friends with her Cyber Girls co-star, Marny Kennedy.

Charlotte Nicdao Is A Member Of