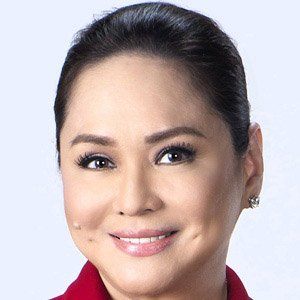 Best known as the longtime host of the Philippine ABS-CBN program Maalaala Mo Kaya, this television personality, screen actress, and entertainment producer also served as President of the ABS-CBN network.

After studying management at Harvard University, she returned to her native Philippines and began working in production at ABS-CBN.

Her marriage to Cesar Rafael Concio, Jr. resulted in two sons. Two of her five siblings -- Malou and Mae -- also had careers in television production.

Charo Santos-Concio Is A Member Of