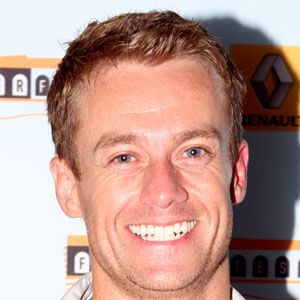 Television personality most famous for hosting programs like Sunrise and Australia's Got Talent. He is also famous for being the winner of the fourth season of Dancing With the Stars.

He got his start in the media as a reporter and journalist for the Prime Television network in Wagga Wagga, New South Wales.

He has competed as a V8 Supercar driver, winning the Development Series at Sandown in 2008.

He married television producer Cheryl Rogers. Their first child, a daughter named Sailor, was born in May 2011. In September 2015, they welcomed a second daughter named Scout.

He and Samantha Armytage have both served as hosts of the morning show Sunrise on the Seven Network.

Grant Denyer Is A Member Of