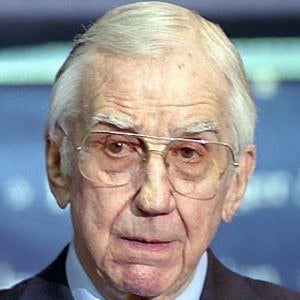 Johnny Carson's TV partner who later went on to host the television show Star Search. He was once called the best sidekick for a TV show host ever.

He worked in advertising and sold produce.

He was close friends with Johnny Carson.

Ed McMahon Is A Member Of