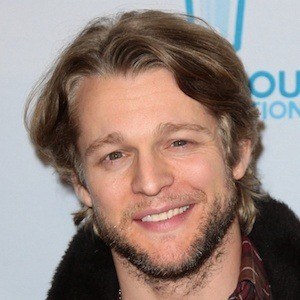 He studied Business Marketing at the University of Louisiana and performed with their Theatre department.

He founded his own production company, Bloodstone Productions.

He was born in Tuscaloosa, Alabama and raised in Monroe, Louisiana.

He appeared in the pilot for The Americans starring Keri Russell.

Chase Coleman Is A Member Of