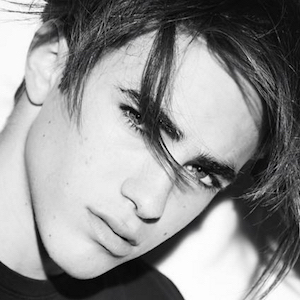 Model signed by Next LA who booked a supporting role on the Nickelodeon show 100 Things to Do Before High School.

He realized he wanted to be involved in show business in some capacity after receiving his first computer when he was seven years old. He played with Photo Booth and would record videos with friends.

He started going on castings at the age of ten but took a hiatus until he was thirteen because school was in the way.

His father helped him realize he wanted to be an actor at a young age.

He landed the love interest role of Isabela Moner's character on 100 Things to Do Before High School.

Chazz Nittolo Is A Member Of