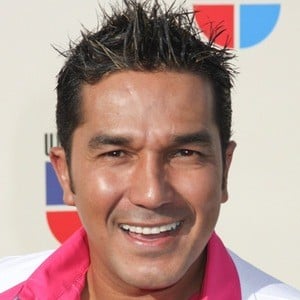 Colombian folk signer who has gained fame as a solo act. He has put out a large number of albums in his career and has been nominated for multiple Latin Grammy Awards.

His first album Checo 91 was releases in Checo 91.

He was nominated for a Latin Grammy in 2007 for Best Cumbia/Vallenato Album and in 2010 for Best Folk Album.

He is the son of Colombian singer, pianist, and performer Alci Acosta.

He supported James Rodriguez and Radamel Falcao during the 2018 World Cup.

Checo Acosta Is A Member Of