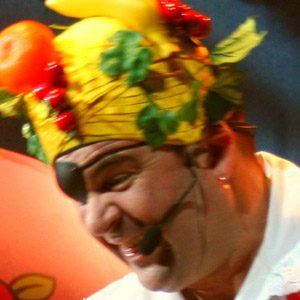 Best known as Captain Feathersword in the Australian children's music group The Wiggles. He has also famously performed impersonations of such celebrities as Cher and Mick Jagger.

After studying opera at Adelaide University, he performed in an Australian tour of the musical West Side Story and in a Victorian Opera production of Don Quixote.

He and actor Hugh Jackman were schoolmates at the Western Australian Academy of Performing Arts.

He initially joined The Wiggles as a temporary replacement for Anthony Field who had to undergo surgery; but his five-week gig turned into a full-time job in 1995.

Paul Paddick Is A Member Of