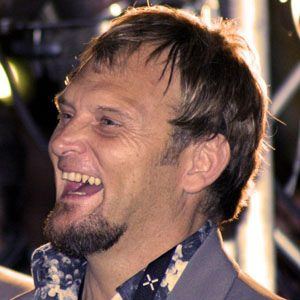 He signed his first record contract with Big Herat Productions in 1989.

He acted in the films A Case of Murder and Platteland.

He has two sons with his wife and actress Natasha Sutherland. He has two other sons and two daughters from previous relationships.

He collaborated with Laurika Rauch on an album of duets.

Steve Hofmeyr Is A Member Of