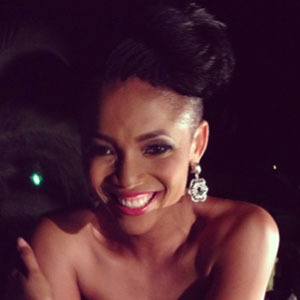 Actress who became a Nollywood star with her role in the Nigerian romantic drama Silent Scandals (2009), for which she won the Africa Movie Academy Award for Most Promising Talent. She has gone on to star in films like Two Brides and a Baby (2011), Hoodrush (2012) and Murder at Prime Suites (2013).

She attended St.Louis Secondary School in Kano before studying English and linguistics at the University of Maiduguri.

Her performance in the musical thriller Hoodrush earned her a Nollywood Movie Award nomination for Best Supporting Actress.

Both of her parents were bankers.

She appeared with Genevieve Nnaji in Silent Sandals.

Chelsea Eze Is A Member Of