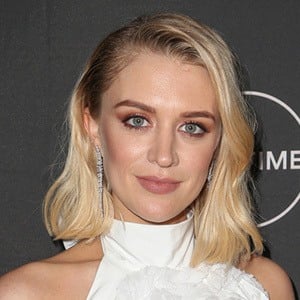 Actress who has earned critical acclaim for her turn as the titular character in the 2019 Lifetime TV movie Victoria Gotti: My Father's Daughter. She has also gained fame for her role as Jayne in the YouTube original series Sideswiped alongside Rosanna Arquette.

She graduated from NYU's Tisch School of the Arts. She interned in production at both Late Night with Seth Meyers and Saturday Night Live while an undergraduate student.

She has gained fame on Instagram for her Andover Mom character, which earned her a feature on the WhoHaHa website. She also wrote and produced the short web-series Hostess in 2017.

She was originally born and raised in Andover, Massachusetts.

Chelsea Frei Is A Member Of