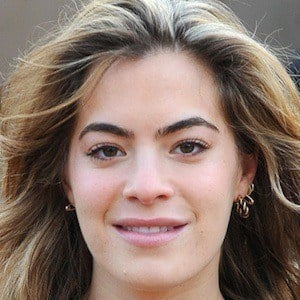 British DJ, model and actress who has been frequently referred to in the press as "fashion's DJ" due to the number of high-profile fashion events at which she has performed. She has DJ'd at events for designers like Christian Louboutin and Prabal Gurung.

She moved to New York City to pursue acting after graduating from high school in England.

In 2012, she was named as the face of Cole Haan's fall promotional campaign.

Her father was previously the owner of the London restaurant Foxtrot Oscar.

She DJ'd for Giorgio Armani during Milan Fashion Week 2013.

Chelsea Leyland Is A Member Of