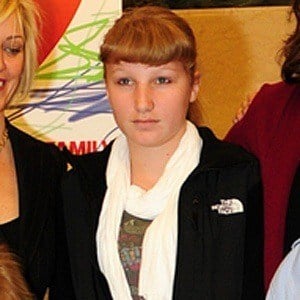 Rose to fame as the daughter of renowned actress and talk show host Rosie O'Donnell.

She made headlines in 2015 after she went missing with her therapy dog. She resurfaced a week later and had been staying with a man she'd met on Tinder.

Has has four siblings: Parker, Blake, Vivienne, and Dakota. She married plumber Nicholas Alliegro in 2016.

Her mother appears on the popular daytime talk show The View alongside Whoopi Goldberg.

Chelsea Belle O'Donnell Is A Member Of