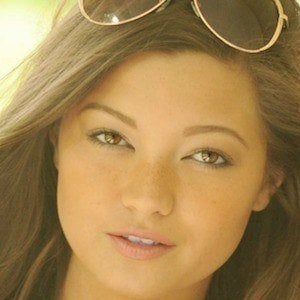 Best known for being Playboy's Playmate of the Month in March 2015. She was also selected as the company's Miss Social in March 2011.

She had stated her desire to become a Playmate at age 13. She was encouraged throughout her schooling by teachers and family to pursue modeling.

She has also appeared in the Super Street Bikes and NY Rider magazines. She has also expressed her desire to attend college to study early education.

She was born and raised in Berne, New York.

She appeared alongside Brittny Ward, who was Miss January, during Playboy's 2015 Playmates of the Month campaign.

Chelsie Aryn Miller Is A Member Of