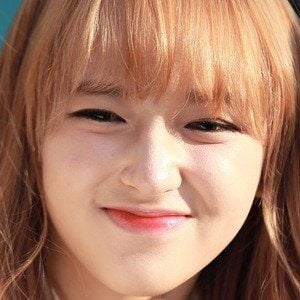 Pop singer and member of the K-pop girl group Cosmic Girls (aka WJSN) created by Starship Entertainment. She and some of her bandmates later teamed up with the boy band Monsta X to form the project group Y-Teen.

She became a part of the Cosmic Girls first subgroup called the Wonder Unit in 2015.

She appeared in the KBS South Korean variety show Happy Together in 2016.

She is originally from China. She attended the Seoul School of Performing Arts.

She and member Bona were both in the Wonder Unit and two of the six members to be featured in the Cosmopolitan Korea article titled Next Body Icon, Cosmic Girls!

Cheng Xiao Is A Member Of