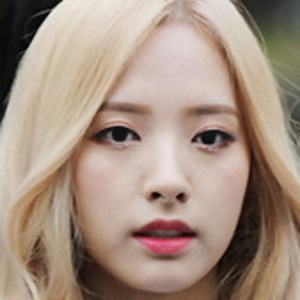 She became a member of the first unit of Cosmic Girls called the Wonder Unit in December 2015.

She was featured in Cosmopolitan Korea's February issue in an article titled Next Body Icon, Cosmic Girls!

She was born Kim Jiyeon but goes by her stage name Bona.

She was in K-pop group Cosmic Girls with member Soobin.

Bona Is A Member Of