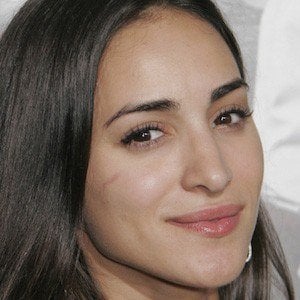 Star of the Sundance Film Makers Lab film Caucasia who has also been seen in the films L.I.E., Blood Shed and Breaking Tradition. She landed her most notable television role as Jill Francis in the 4th season of Cinemax's Banshee.

She was 12 years old when she was cast in her first independent feature film titled Jump Tomorrow. She attended the Professional Performing Arts School.

She was accepted into SUNY Purchase Acting Conservatory in 2006.

She was born Cherie Alexandra Daly in New York City.

She starred alongside Connie Britton in the movie Caucasia.

Cherie Daly Is A Member Of