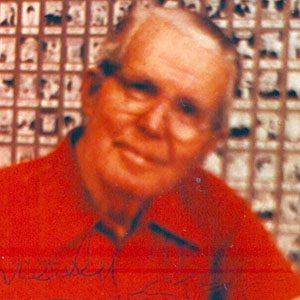 Creator of the Dick Tracy comic strip who gave rise to some of the most memorable heroes and villains for more than 40 years. He won 2 Reuben Awards in 1959 and 1977.

After finishing college at Oklahoma, he moved to Chicago to try achieve his dream of becoming a cartoonist with the Tribune.

In 1980, he was also honored with a special Edgar Award for Dick Tracy.

He was born in in Pawnee, Oklahoma. His father, Gilbert R. Gould, was a printer.

Ralph Byrd played his famous character in many films and television serials in the '30s and '40s.

Chester Gould Is A Member Of