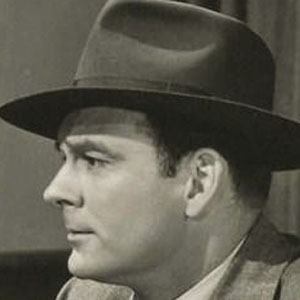 After service in World War II, he picked up his Dick Tracy character in two films released in 1945 and 1946, but a serious injury prevented him from continuing the franchise.

He was married to Virginia Carroll, a popular actress in Westerns.

Before Dick Tracy went on screen, he was on a radio drama written by Irwin Shaw.

Ralph Byrd Is A Member Of