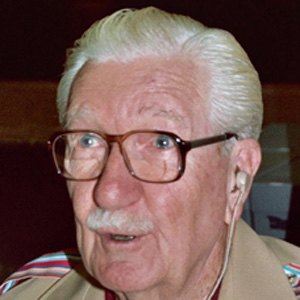 Prolific cartoonist most recognized for creating Scrooge McDuck and his hysterical comics about Donald Duck. In 1973, he won The Academy of Comic Book Arts Hall of Fame Award.

He worked exhaustively as a farmer, a mule driver, a cowboy, and a printer before settling on animation.

In 1991, he also won the prestigious Disney Legends Award for his work and contributions to Cartooning.

He had one brother, Carl, whom he was close to while moving all over the Northwest growing up. He married and divorced three times and had three children.

A scan of his Scrooge McDuck was the first image ever shown on an Apple computer, created by co-founder Steven Jobs.

Carl Barks Is A Member Of