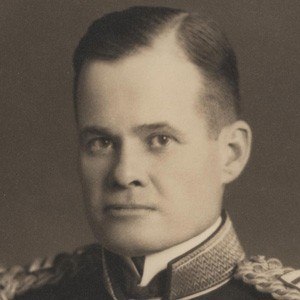 He grew up in Virginia and spent his youth idolizing the renowned Civil War General, Stonewall Jackson. He briefly attended the Virginia Military Institute and enlisted in the U.S. Marine Corps as soon as he could.

He was portrayed by actor William Sadler in the acclaimed HBO miniseries, The Pacific.

His son, Lewis Burwell Puller, Jr., suffered serious injuries while serving as a Marine in Vietnam.

He was a distant relative of the decorated U.S. Army General, George S. Patton. Both Puller and Patton served in key battles of World War II.

Chesty Puller Is A Member Of