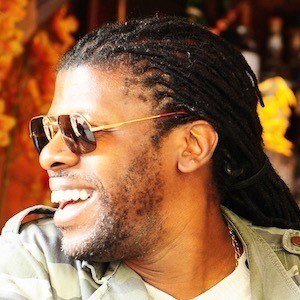 Photojournalist and cultural observer who is recognized for having captured photos of legendary hip-hop artists such as Tupac and Nas. He also travelled the world and documented the lives of people in Yemen and Bangladesh.

He worked as the photo director for The Source magazine during the 1990's.

In 2016, he published the book Tupac Shakur Uncategorized.

He was originally from Nigeria and raised in New Jersey. His family announced his passing in an Instagram post.

In 1996, he photographed Method Man and Anthony Mason in the NY Knicks locker room.

Chi Modu Is A Member Of