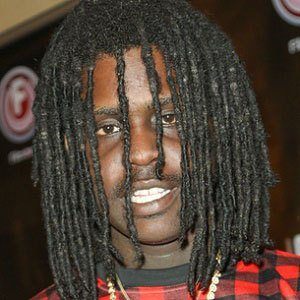 Born Keith Cozart, he has gained a large fan base with his mixtapes and his debut album, Finally Rich, which was released at the end of 2012. He is also the CEO of his own record label, Glory Boyz Entertainment, and he fronts the rap group Glo Gang.

He released his first mixtape at the age of fifteen.

He has a younger brother and a sister. He was engaged to Pretty Mesha, but they have since broken up. He had his first child, a daughter, at age 16. He has a total of two daughters and one son. He is cousins with fellow rappers Jusglo and Fredo Santana.

He collaborated with Kanye West on the remix of his song, "I Don't Like."

Chief Keef Is A Member Of