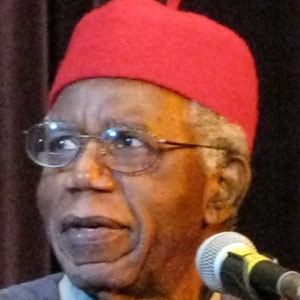 Nigerian novelist, poet, and professor best known for his iconic novel Things Fall Apart, which became one of the most widely read novels in all of African literature.

He began reading at a young age and his intelligence was noticed in school. He attended the University College, Nigeria's first university.

He accepted a position as a professor at the University of Massachusetts, Amherst in 1972.

He married Christie Okoli in 1961, and they had four children together.

He was notoriously critical of the racial views of Heart of Darkness author Joseph Conrad.

Chinua Achebe Is A Member Of