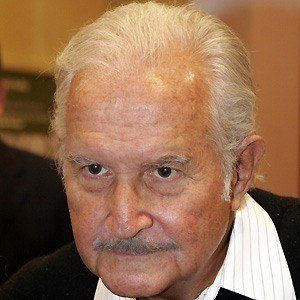 Twentieth-century Mexican novelist who is considered one of the greatest writers in Latin American history. His most famous works include The Death of Artemio Cruz, The Old Gringo, and Terra Nostra.

He was born in Panama and moved to Mexico when he was sixteen years old. He studied law at the National Autonomous University of Mexico.

He was a self-described "pre-modern" writer who wrote using a pen rather than a typewriter.

He spent his childhood moving around the Americas with his diplomat father.

Felipe Calderon personally took to Twitter in 2012 to express his sadness over Fuentes' death.

Carlos Fuentes Is A Member Of