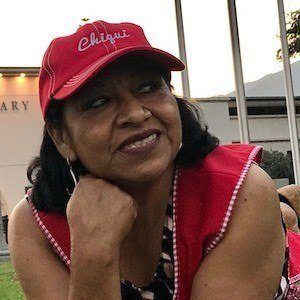 Rocketed to fame after she became the housekeeper of YouTube superstar David Dobrik. After she began appearing on his insanely popular channel, she would launch her own self-titled channel in the summer of 2017.

When she moved to the United States, she got her start by taking jobs that most other people weren't interested in doing. However, little did she know this would lead her to becoming the housekeeper of some of YouTube's biggest vloggers.

Her friends and family have nicknamed her the Queen of Clean.

Born and raised in Guatemala, she moved to the United States at the age of twenty seven. She has two children and five grandchildren.

After becoming David's housekeeper, she would be seen alongside internet stars like Toddy Smith, Liza Koshy, Scotty Sire, and Jason Nash.

Chiqui the Housekeeper Is A Member Of