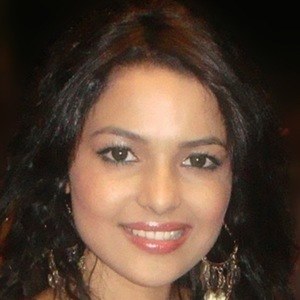 Indian actress and television presenter. She is best known for having starred in the 2008 feature film Fashion as well as the 2009 Action film Luck. She is also known for hosting the series Sabse Favourite Kaun.

She began her career as a professional field hockey player and left-striker at the age of 17. She left the sport to begin her film career in 2007 when she made her debut appearance as Komal Chautala in the film Chak De India.

She won the Star Screen Award as most promising actress for her supporting role in Chak De.

She is the daughter of T.S. Rawat.

She starred alongside Sanjay Dutt and Imran Khan in the 2009 film Luck.

Chitrashi Rawat Is A Member Of