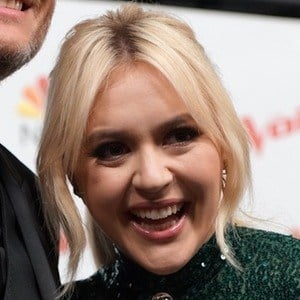 Singer who won season thirteen of The Voice, where she performed renditions of songs like Helen Reddy's "I Am Woman" and Cyndi Lauper's "Time After Time." She was a member of Team Miley Cyrus before being stolen by Blake Shelton.

She went to college to become an English teacher, but quickly realized she did not have a passion for it. She briefly lived in Lebanon, where she worked at a Starbucks.

She recorded a studio cover of Fleetwood Mac's "Landslide."

Her parents are Aimee and Tony Kohanski.

She appeared with Sophia Bollman on the thirteenth season of The Voice.

Chloe Kohanski Is A Member Of